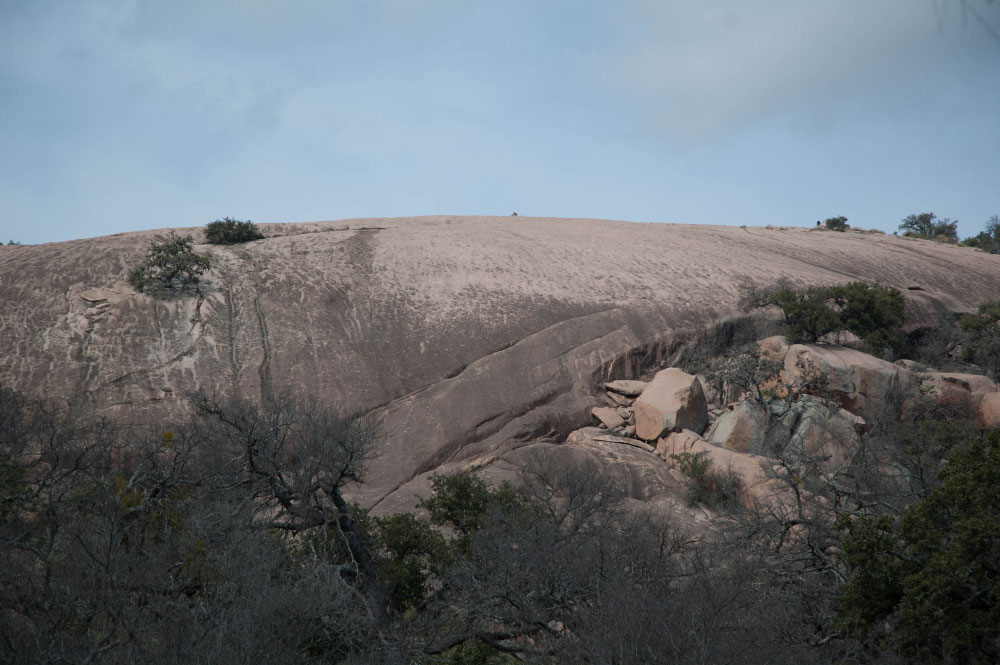 It’s a bit cold for camping. Last year we had a January campout at Mission Tejas up in the Davy Crockett National Forest. I’m betting that most of you did not even know there was a Davy Crockett National Forest. I certainly did not. That said, the temps were down to 26 degrees in the hollows,  and the club decided to do “hotel camping” for January 2015.

If you have been to Enchanted Rock before, you probably did the Summit Trail which is a nice hike with some good elevation. We were all feeling pretty good last Saturday, so after the Summit Trail, we took the trails that immediately surround Enchanted Rock, which gave us a good 3.5 miles of hiking. After that some of us decided that we needed to do even more hiking. So we did the Loop Trail as well, which added another 5.2 miles, but mostly flat. So, we got in a good 8.7 miles of ‘hiking’. When you add in other mileage for the day, we got in about 9.3 miles all told.

The club took a variety of routes on the way home, and being somewhat die-hard hikers several of us hit other trails on the way home. My wife and I headed over to Pedernales Falls. Another club member stopped at Buescher State Park. Another option would have been McKinney Roughs, which has some nice elevation, including real bluffs and ridge hikes.